Today I’ve released Blue Planet: Earth on Google Play. Once again you have to protect our planet from incoming asteroids. You’ll have to race around the globe to shoot each asteroid down before they crash on our planet.

From May 24th to June 1st the Because we May site celebrates the freedom for indie game developers to set their own pricing. This release for Blue Planet is just in time to be part of their promotion. 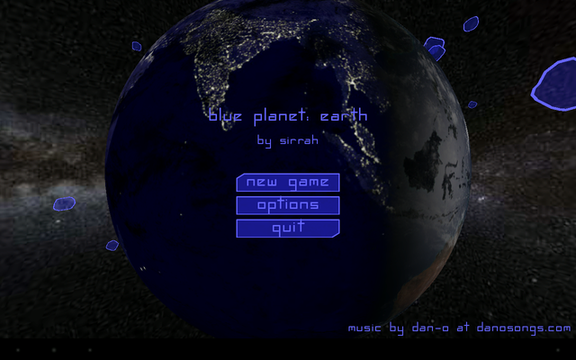